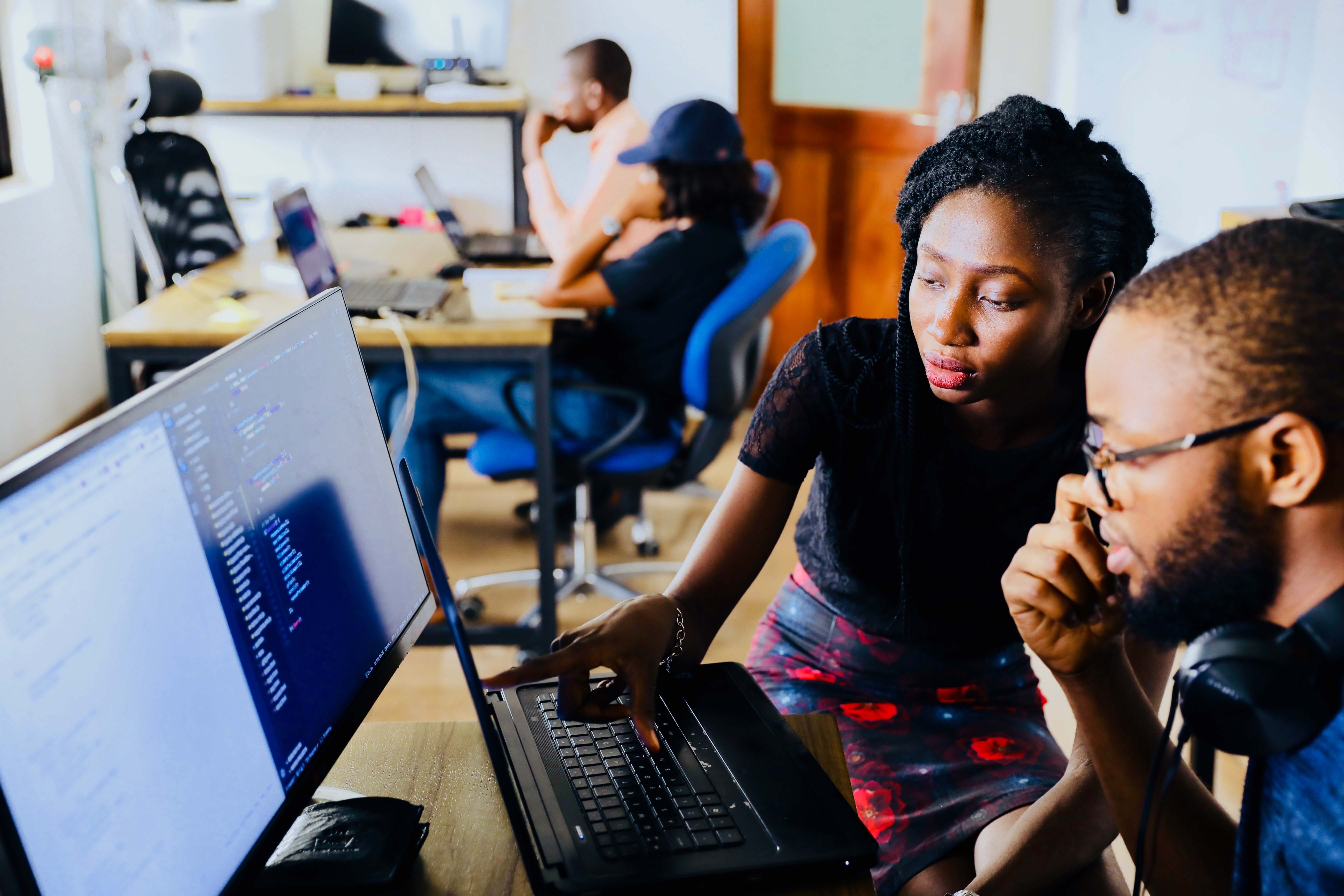 After founding and launching The Pay Index, which provides transparency tools to students and business professionals about salary pay and careers, inspo CEO James Rust turned his attention to the issue of social mobility in the UK.

“Social mobility in the UK is not great. If you're born poor, the chances of you remaining poor are high in the UK. So for example, if a student wants to find a career in banking, but none of their family/friends have ever worked in banking, they have limited resources to utilize. We wanted to build a tool that would provide opportunities to students that they wouldn't otherwise come across.” - James Rust, Founder & CEO of The Pay Index and inspo

To prove the concept for the tool in the UK first, Rust and his team wanted to launch the pilot app with Bubble for its speed, ease of use, and iteration abilities. He had already started learning Bubble and saw how easy it was to build with, but realized he wouldn’t have the time to create the full app himself. In November 2021, Rust partnered with Airdev to develop inspo, a custom student mentoring platform to connect undergraduates from all backgrounds with working professionals, with a focus on social mobility. 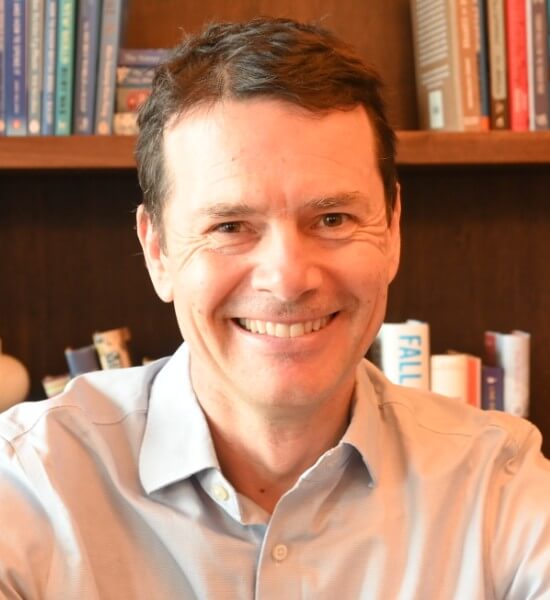 What is really interesting is the quality of the web app that we were able to build through no-code. It had the functionality that we wanted for a pilot. And we've had two subsequent rounds of development work done with Airdev on the site driven by user feedback. One that's been done already. And then we've just started a third iteration to gamify it.
James Rust
inspo founder & CEO

The inspo team’s goal was to open the door to resources and connect students in the UK to professionals that they would normally not have access to. This included providing highly filtered search criteria for mentees to search out desired mentors by things like race, ethnicity, sexual orientation, gender, abilities, industry, etc. In addition, the user interface and experience (i.e. user onboarding, messaging, etc.) needed to be simple to navigate and build user trust.

As the CEO of The Pay Index, Rust didn’t have the time to spend building the full platform on Bubble with the desired level of functionality and design as quickly as he wanted.

‍“In these uncertain economic times, [getting a resource like this to market] becomes even more important. We needed the platform to be quick and easy to build and iterate upon. I was looking at different development options wondering if we should go for low-code or no-code, or if we should just go for a full-on JavaScript nightmare that's really tricky to build. I came across Bubble and went through the beginners tutorial and saw it was relatively easy to build on. But I quickly realized that although I did master the basics, I didn't have the time fundamentally to build out myself.” - Rust‍ 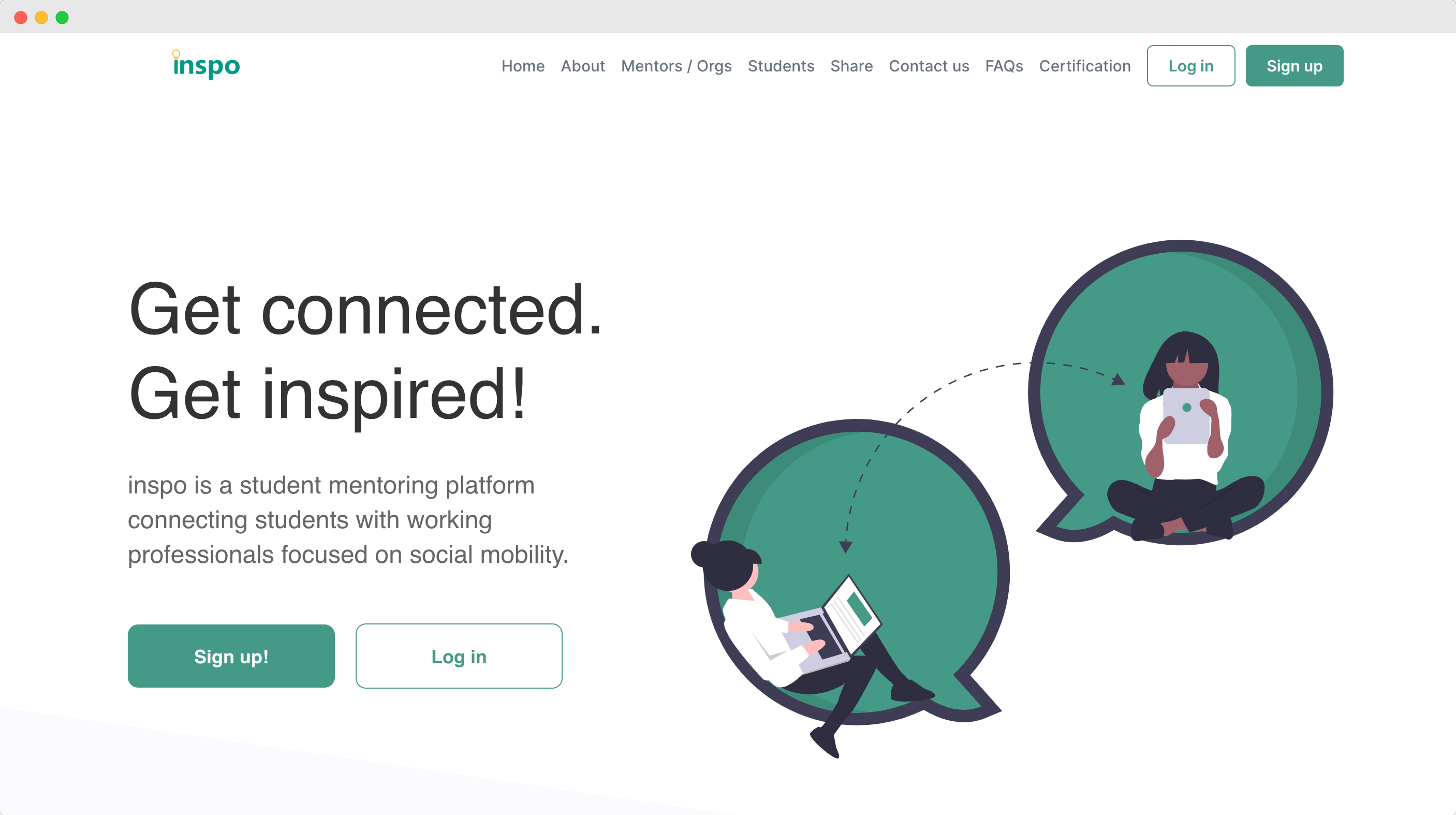 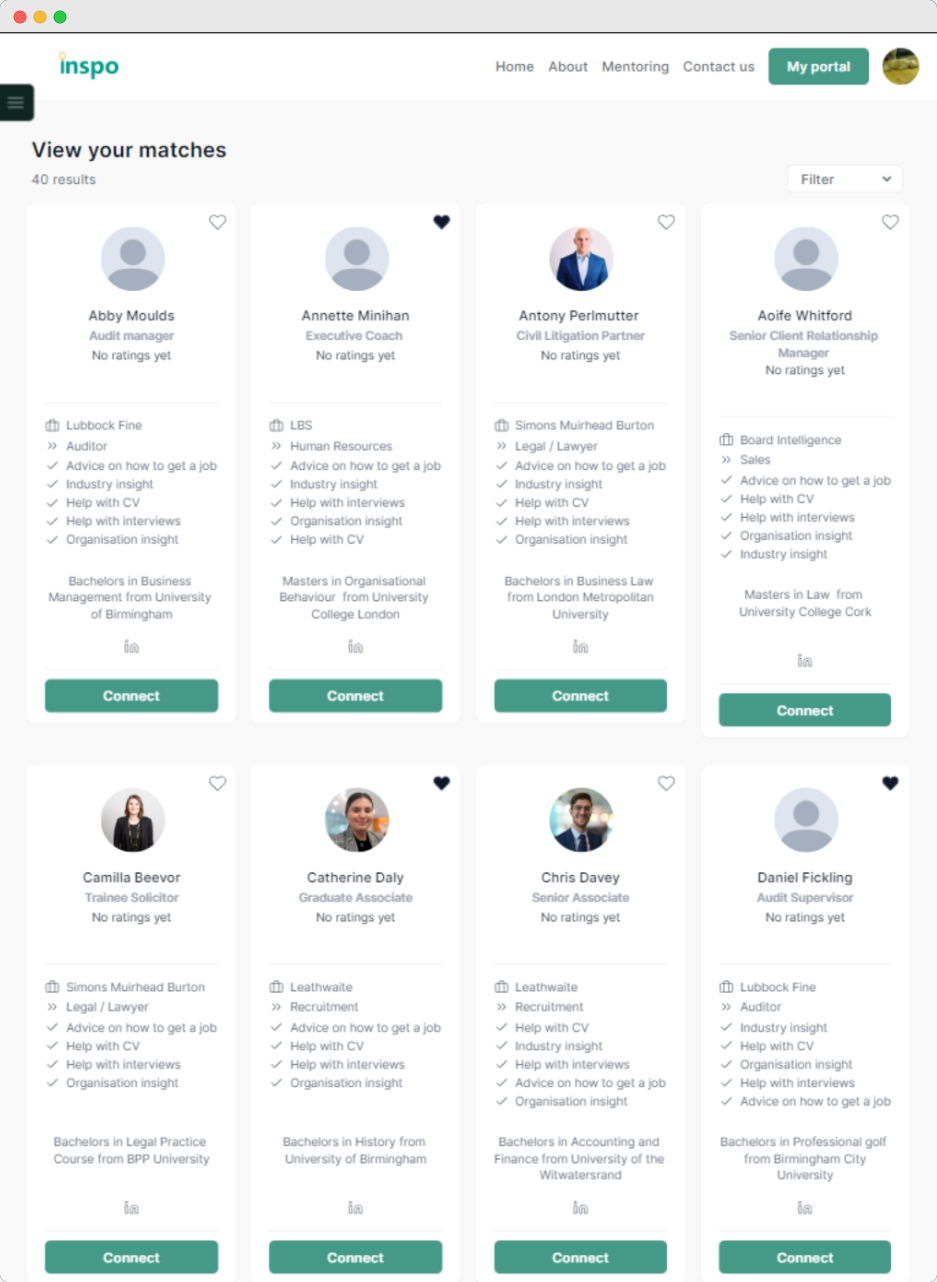 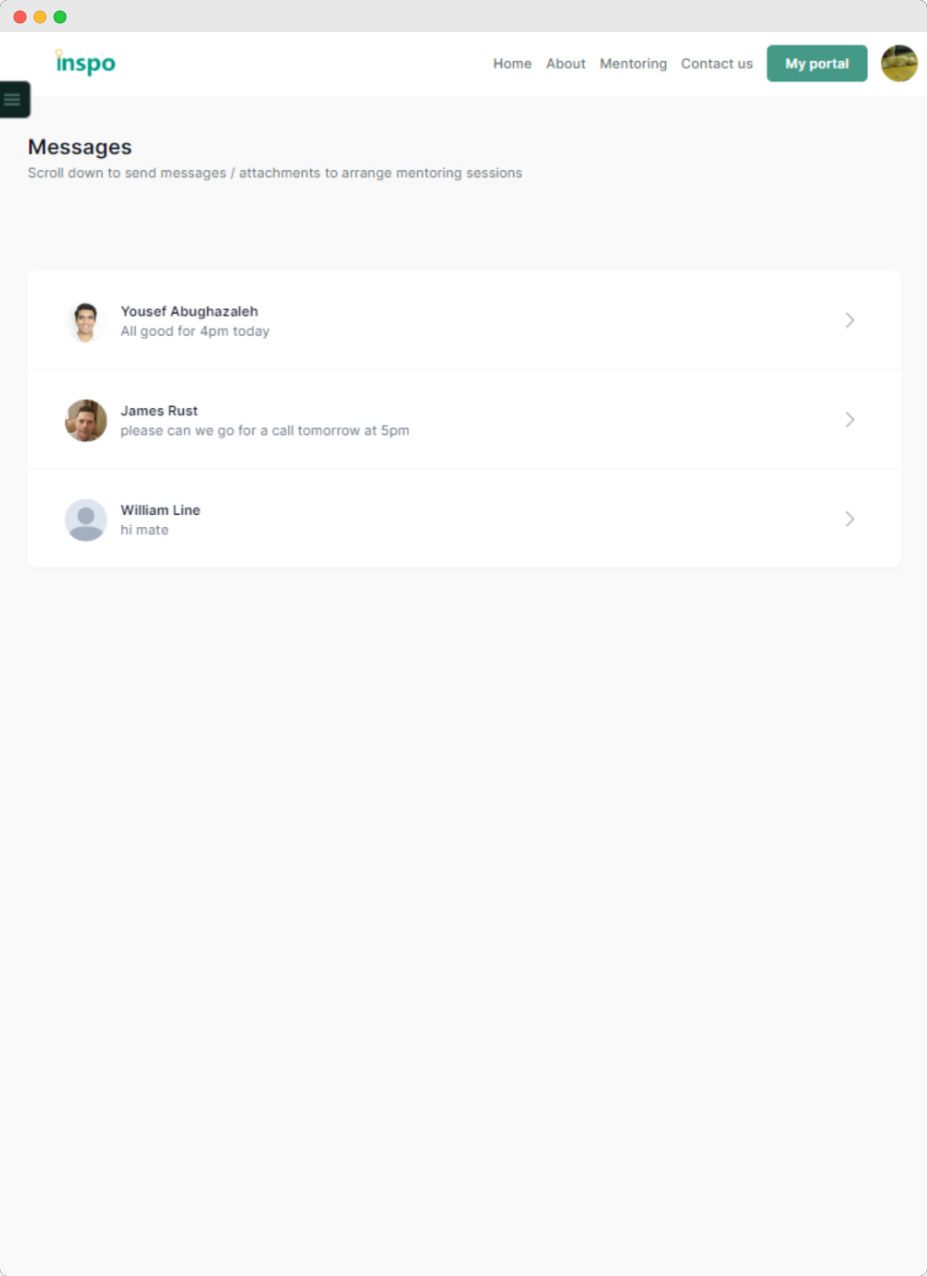 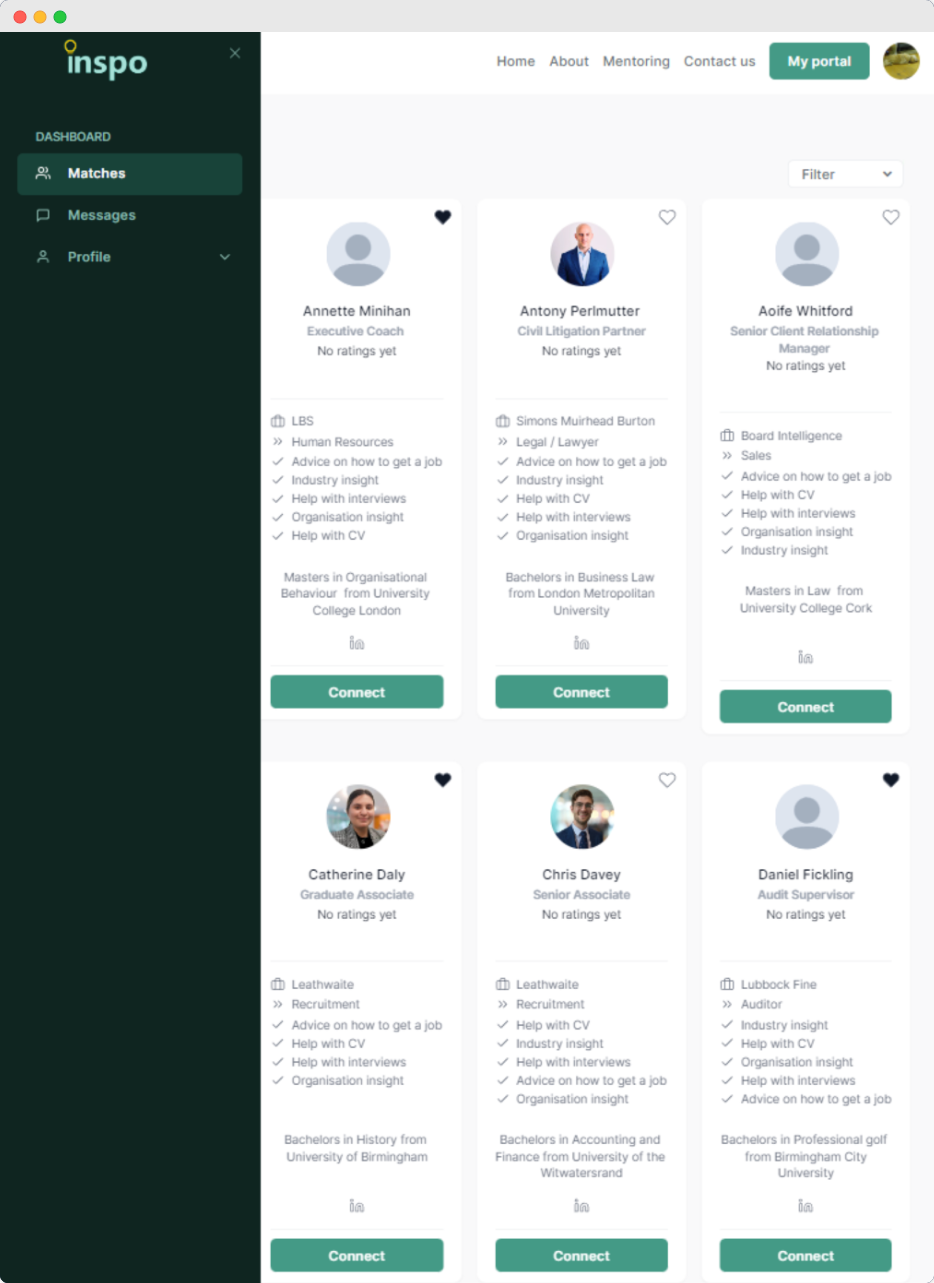 Proving the concept first and gathering user feedback for future improvements was very important to Rust – after all, the general goal of inspo was to help those who need it the most. To quickly develop a pilot platform, the inspo team partnered with Airdev to build the first version of the app

‍“What was really nice was that the team at Airdev really saw the value of what we’re trying to do. This is not about trying to make us all millionaires, it’s about helping others. While we’re not a charity, we are a business for good – and we have shareholders to answer to. And Airdev understood all this.” - Rust

Airdev’s dedicated product manager used their experience building marketplace MVPs to guide Rust and his team through each major decision-point in the platform’s flow. The idea was to build the pilot lean in order to test the product as quickly as possible so that inspo could gather user feedback and make the next version better.

‍“The people at AIrdev encouraged us to focus on the MVP, make sure that works, and then make sure we’re getting feedback. Then after feedback, they recommended gradually upgrading the product to make it more valuable to users. We may think we know what users want, but we really need to hear from them what’s working and what’s not. So I might have these brilliant ideas early on, but they might be totally irrelevant in terms of improving the product experience.” - Rust

To get inspo to market as quickly as possible, Airdev built and tested the complete application in weekly milestones. During each deliverable milestone, inspo was provided testing instructions so that they could confirm everything was working as expected.

‍“I was pleasantly surprised with the speed of turnarounds. And bearing in mind that they were dealing with non-experts in terms of how to run a tech practice. They were very patient with me as well, which creates that bond of trust. For instance, if there was something we thought we might have signed off on, or something we found wasn’t quite right a few weeks later that needed changing, Airdev was generous with their time and that pays back.” - Rust‍

inspo was able to build its initial MVP in just 2 weeks – with a total product timeline of 3 months. In less than a year, they’ve signed up 10 paying company customers,  been able to get students and mentors matched for active mentoring, and they’re getting testimonials and feedback on the platform for further development iterations.

“I’m proud of what we’ve built…when we show the app to clients they think it’s really cool. It’s a really clean interface. Airdev’s team has built something that is pretty special.” - Rust‍ 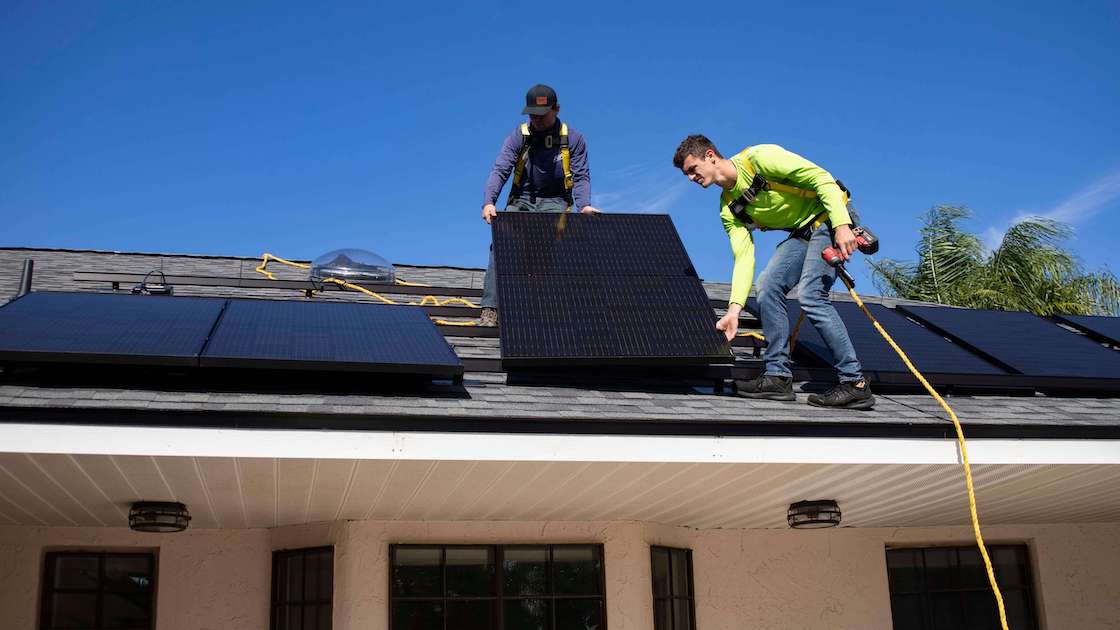 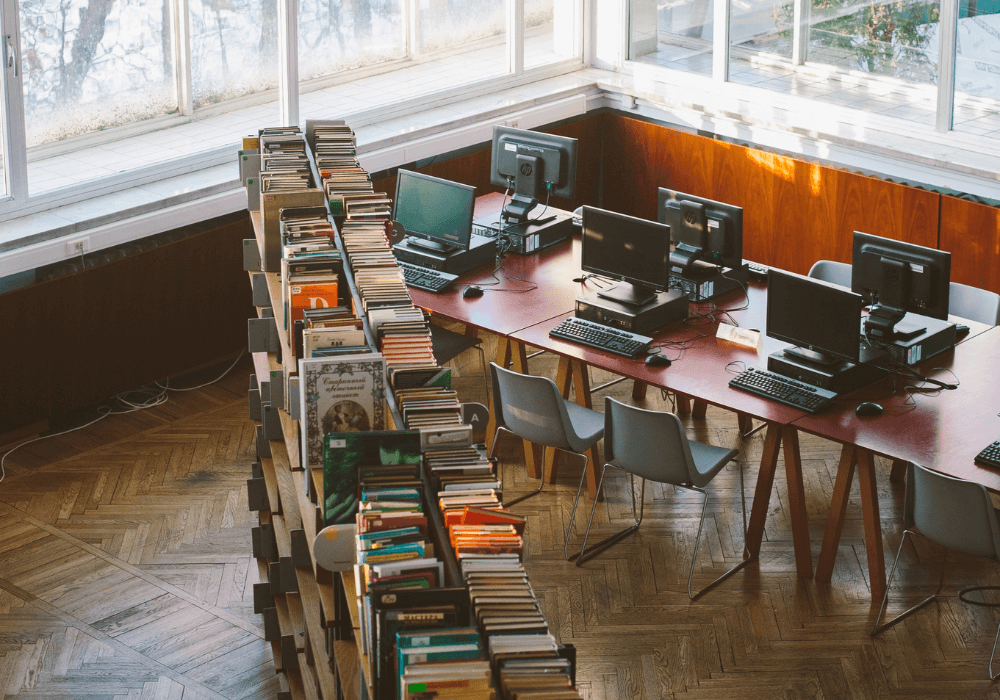 Learn how Airdev helped the consultancy Consenna build a custom no-code marketplace for HP for Education to serve 30k schools across the UK.
Read case study 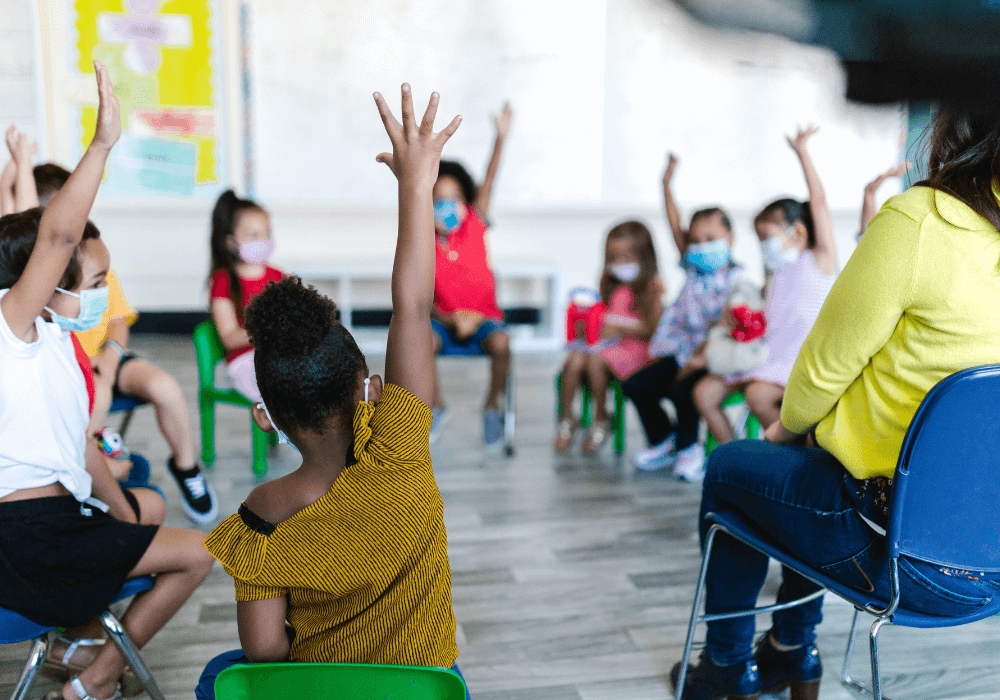 Looking to build the next big thing?
Chat with our team to see what we can do

Sign up to get the latest tech and founder stories in your inbox!
Thank you! Your submission has been received!
Oops! Something went wrong while submitting the form.
How we build
Why BubbleOur capabilitiesHow we workDesign frameworkHire a freelancerClient stories
Product types
Marketplaces
Sales tools
Productivity tools
Analytics tools
Social networks
Other
Company
MissionCore valuesCareersBuild with usContact us
Learn
What is no-codeNo-code bootcampCanvas frameworkGuide to marketplacesBlog
© 2023 Airdev, Inc. All rights reserved.